truSculpt® iD is a revolutionary, non-invasive treatment to reduce unwanted fat in targeted areas of the body. The days are over when freezing was not the only way to get rid of unwanted fat, non-surgically. truSculpt® iD employs monopolar radiofrequency to eliminate fat cells and achieve a sculpted body contour. It is a fifteen minute treatment that is more versatile than some other treatment methods.

Once the target areas have been selected and planned, a double-sided sticky pad is placed over the treatment area. The applicators are placed on the outer sticky surface and then wrapped in place to sit securely for the treatment time. Radio frequency fat removal can be employed on both large, confluent areas or multiple, smaller areas. While large areas are treated with several applicators adjacent to each other, multiple, smaller areas can be treated simultaneously. Of course, if there is only one small area, this can be treated by itself. Very small areas, such as double chins, may also be treated using a hand-held applicator.

During the fifteen minute cycle, the treatment area will become warm, as will the earthing plate. However, the temperature is monitored and controlled throughout the cycle, avoiding any discomfort. After the procedure, the area will appear flushed and will be warm for less than one hour.

On average, a 24% fat loss is experienced from the treatment area but this occurs over several months. Further treatments can increase this loss, or other areas may be treated.

The skin overlying the treatment area will also become somewhat firmer, rather than looser, as often happens with volume loss.

Because of the nature of radiofrequency, truSculpt® iD should not be used on those with implanted electrical devices, such as cardiac pacemakers.

truSculpt® iD can be used alone or in combination with truSculpt® FLEX to strengthen, tone and firm your muscles.

How is truSculpt iD different from CoolSculpting or liposuction? Which treatment is more effective at fat reduction?
TruSculpt iD and CoolSculpting are both non-surgical methods of localized fat reduction, whereas liposuction is a surgical procedure. Liposuction will require some form of anaesthesia, either local, with or without sedation or general anaesthesia. This will involve small cuts in the skin and is a much more invasive procedure which will require recovery time and, usually, the wearing of special compression garments afterwards. The side effect profile is also, as with all more invasive procedures, greater.

What are some side effects?
The side effect profile is minimal. Because the temperature is very strictly controlled, it does not heat to skin-damaging temperatures. It should not, however be used on patients who have internal appliances such as cardiac pacemakers or defibrillators.

Does the treatment also tighten my skin?
Because of the mechanism of action, the skin will tighten to an extent. If however, there is pre-existing skin laxity of marked degree, this should not be expected to totally disappear.

How many treatments are necessary?
The average volume reduction at treatment sites is 22%. This may be sufficient for many people from one treatment, however, for those who require more reduction, further treatments may be performed.

Is it safe for the skin? Can the treatment cause cancer or any other skin damage?
TruSculpt iD does not employ any cancer-inducing radiation, nor does it add any substances to the body. Other than for those patients who have internal appliances such as cardiac pacemakers or defibrillators, most who have appropriate indications, would be considered suitable for the procedure.

What areas can be treated?
Because the applicators are quite versatile, many body parts may be considered suitable, from under-chin and other small areas around the bra-line to wider areas like abdomens and flanks as well as thighs, both inner and outer.

Are fat reduction results permanent? What after care is recommended after the treatment?
The fat cells that go after treatment with TruSculpt iD do not return, however, those that remain may increase in size. If weight is gained, it will tend to distribute over the whole body, rather than preferentially going to the “problem areas” that have been treated, so body proportion tends to be maintained, however fat will still be stored all over. It is best to maintain a healthy lifestyle, with sensible diet and exercise, to ensure overall health and well-being as well as looking and feeling great. 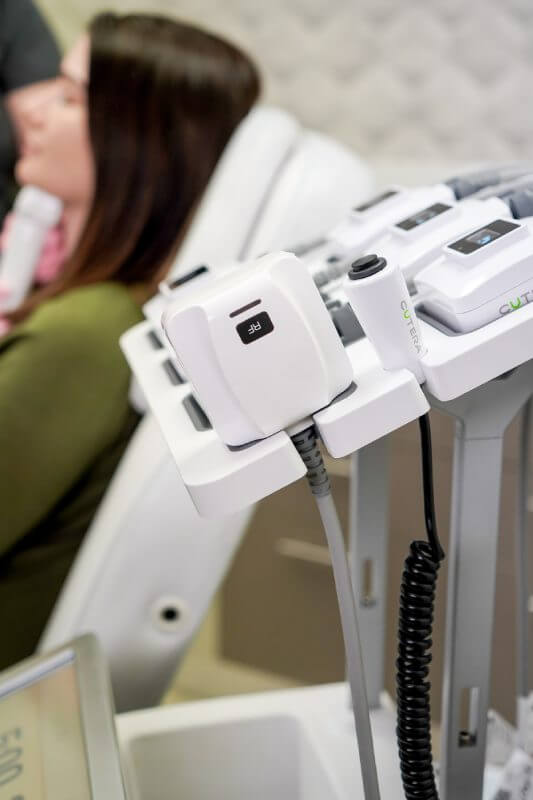 What to expect during a consultation

Ready to book an

Our friendly and professional team will happily assist you with your booking enquiry.